Tonight, at the V&A Bowie BUG Special, Adam revealed two animated films based on a couple of sketches from his 6Music documentary. 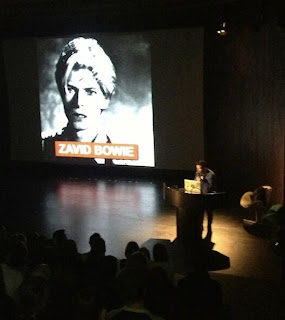 One of these was made by VideoWars friend/geniouz, Chriz Zalt!  He worked with the sequence where Zavid and Angie discuss a new character for his latest reinvention. As a reminder, you'll find the audio at 57 minutes here, where Neil Thomas has kindly noted "Cobbler Bob". 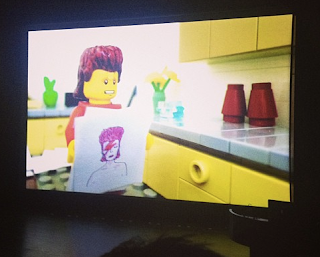 Scott Jones took this snapshot which I hope he doesn't mind me sharing.

Adam was careful to give Chris Salt his due credit as he did also to Dan Berry who made some wonderful drawingz which you'll find here!


I hope I can edit this later to embed the magnificent realizatitudation if & when it goes on YouTube. Everyone should be able to see something this brilliant.

The other animation was based on the Eno/Visconti sketch Adam did on his 6Music show (which you can find here at 1hr 29mins). This was made by The Brother's McLeod and once again, I do hope it turns up online soon as it was utterly brilliant.

The rest of the show was put together with the love and enthusiasm that Adam brings to all of his shows. We were told it would be 45 minutes but he did well over an hour in the end and clearly had more to tell.

I've seen sections of this routine about three times now and it's had me in stitches on each occasion. Adam always brings something different to each show he does.  A slight technical snafu gave us all a peek at the massive file of nuggets he's collected for these Bowie shows. He did hint at hoping he could make a full BUG Bowie Special from the material he'd gathered and I'd book in a heartbeat.
Posted by Auntie_Nubbins at 00:03 No comments:

Can You Spare 50 Pence for a Cuppa Tea? #AdamBuxton 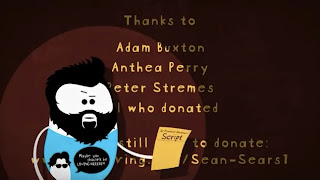 To end this week of random nuggets, here's a gentle request for a charitable contribution to the St Francis Hospice Charity.

Posted by Auntie_Nubbins at 10:36 No comments:

Back in September 2010, I made a nugpost with a bit of RTTN history and various reversionings of both Joe's and Adam's Text the Nation jingle jongles.

During a recent revisit to the shows of 2011, I realised there are a few more that need to be committed to the archive.

This one was sent in by a gentleman whom, by way of a fact he revealed, hails from Glasgow which gives additional entertainment to delight and exacerbate.
By John T and from 4th June 2011

This is a personal favourite. Just a beautiful Pixies style version.

Joe's been spending quite a bit of time with Macca lately* so he had to chose his words carefully but there's no denying that this Beatles versioning by some real, in situ Liverpudlians is very clever.

Email ThisBlogThis!Share to TwitterShare to FacebookShare to Pinterest
Labels: Retro Text The Nation

A Song About Nettles #AdamBuxton

Do you remember when Adam made a little song about nettles?

You can watch Adam's Country Man films here.
Posted by Auntie_Nubbins at 11:00 No comments:

Email ThisBlogThis!Share to TwitterShare to FacebookShare to Pinterest
Labels: Songles

You can understand why Jamie XX had to go it alone for a while.

To salve the iPlayer expiring Adam's Bowie show, here's a nugget from 18th June 2011. It's almost as though Zavid Bowie and Frank Oz are in the room, isn't it?
Posted by Auntie_Nubbins at 10:35 No comments:


(from this rather delightfully nostalgic show)


Not one, but TWO versions of The Laughing Gnome were played on 6Music this weekend during Adam's top ten radio show. 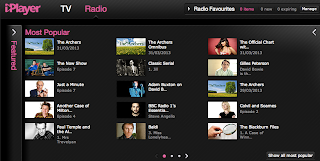 Posted by Auntie_Nubbins at 13:39 No comments:

Random Adam and Joe animation to brighten your Tuesday

Emma Hursey made this a her boy and bear. She shared it via Twitter so I hope she doesn't mind me posting it here. It tickled me and then mezmerised me.

She's chosen that picture of Joe that he's not keen on but it's secretly one of my favourites*.

*I need to check the meaning of the word 'secretly', don't I?
Posted by Auntie_Nubbins at 11:05 No comments: