Starting this week and for three weeks only, Colin Greenwood will be sitting in for the Jarvis Cocker's Sunday Service show on 6Music at 4pm - not sure what day yet, bwah ha ha. 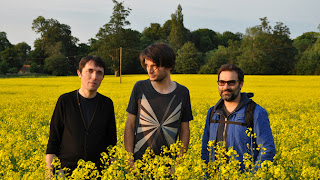 The BBC Media Centre posted this last Thursday but those lazy music pressters had to wait for yesterday's personal email before they ran with it*. This made me smile. If it was the tiniest, fartiest nugget of spurious film news, the blogosphere would have gone nuclear.

6Music started running their trailer on Monday morning and Shaun's followed the one during his show with some random waffle that I thought Id include here.


It started with this:


This sex pest loitering in a field = @AdamBuxton - I got to be an embarrassing fan boy with him for a few hours pic.twitter.com/SyvP6U2JaV
— Jonny Greenwood (@JnnyG) June 26, 2013

I presume these shows were recorded either in Oxfordshire or Norwich-shire.....I'm gonna say Oxfordshire.

*Seriously though. I liked the old days when entertainment news came out when the involved parties where good and ready. This was meant more as a dig at over-excited bloggers than the lovely music press.
Posted by Auntie_Nubbins at 12:00