Exactly one month before Attack the Block is released on DVD & Blu-ray and therefore one presumes, with little agenda, BBC Radio4's prestigious art's programme Front Row takes it's review of Cowboys and Indians as a chance to discuss the merits of Joe Cornish's film.
AttackTheBlockbuster.mp3
Joe's not in the room. He's not there to impress or fawn over. This is sincere and well considered comment and appreciation. Furthermore, both Naomi and Kirsty endorse the calm and intelligent nod to the current youth disturbances rather than climb aboard the ill-considered bandwagon of silly knee-jerk hyperbole.
You can read a transcript of Joe's comments on the subject here. At the same event the Torpedo Commander deployed his rubber bullet of "unfortunately, I have not yet seen Cowboys and Aliens" rather than launch an Exocet right in the area of derision. For a self-confessed idiothole, he is a master of diplomacy.
"The movie is genius"
Come over here and let me squeeze you, Naomi!  I hope Optimum Releasing heard this and address her comment about a quick re-release.
"All four thumbs up, if I were one of those aliens". Joyous stuff.

The film Cowboys And Aliens tells the story of a group of 19th century settlers, led by Harrison Ford and Daniel Craig, who put aside their differences with some Native Americans in order to join forces in repelling an alien invasion. Kirsty and novelist Naomi Alderman review it, and discuss the strong similarity it has to the plot of a recent British film, Attack The Block

Don't forget you can pre-order the Double Play disc set of Attack the Block with exclusive Glow in the Dark cover here or a regular, slightly less exciting version from your usual supplier (or both, if you're a completist).

Posted by Auntie_Nubbins at 09:37 No comments:

With thanks to Ambleskram for spotting and alerting me to it, the glorious tones of The Footie Song can be heard during the opening package to the final segment of the BBC's new show, Epic Win tonight.

This fella reckons he has great ball skills but he's hopeless with his jewlies.

You can see Adam's beautifully finished video for the full version of this below:

Posted by Auntie_Nubbins at 21:56 No comments:

These podcasts have had their music removed which, given the nature of the thing, seems a little daft but people seem to prefer the waffle on it's own.

They were on the Coke website for a long time but are no more. If Coke reinstate them, I shall remove this post. 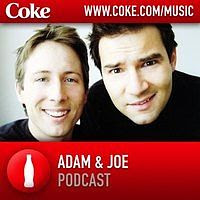 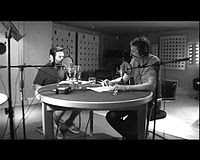 With thanks to Castles in Space.

Posted by Auntie_Nubbins at 14:44 No comments: